A career that you choose eventually becomes your identity in life. So it becomes utmost important that at least your identity is decided and chosen by none other than you, yourself. 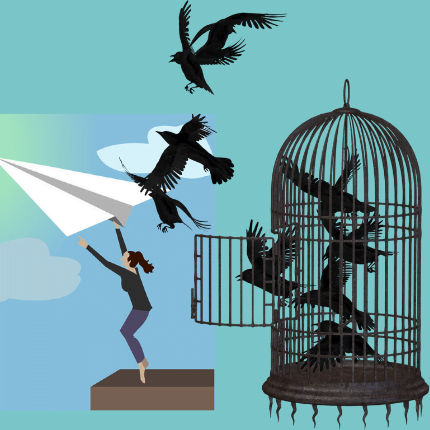 “Get a job. Go to work. Get married. Have children. Follow fashion. Act normal. Walk on the pavement. Watch TV. Obey the law. Save for your old age. Now repeat after me: I am free”- unknown

A career that you choose eventually becomes your identity in life. So it becomes utmost important that at least your identity is decided and chosen by none other than you, yourself.

I am making following 5 points to justify my concept that those people who don’t choose their career by themselves are not completely free. And those who have chosen a career themselves are liberated and have free spirits. And believe me those who are liberated today are in a single digit percentage of the total population. My article is mostly on an Indian context. My points will argue that we are still slaves when we choose a career. And will help you while you choose a career.

In India, mostly parents or friends decide what subjects, qualifications and careers the kids should go into. Parents love their kids and they are right in their own thinking. But parents are not aware about the challenges the kid will be facing in the careers they choose.

When the real core of the jobs, career deliveries arrive, the kid is on his own and has to face all the challenges. You as a kid trusted the parents and friends for the first time. But later as you start taking few more steps on the path, you start feeling unsure. At every stage you feel confused and irritated, but keep going on the same path.

You believe that the parents have chosen the best for you and so walk a path which you mostly never knew and loved. You realize that this path you can never master and enjoy. As a child you know that you always loved music or a sport. Whenever you talk about these likings, you are and were laughed at. You were asked to not take these seriously because there are no marks you were ever able to show on the marks-sheet to prove how good you are at music or sports. Moreover it is believed that sports and music can never make you rich and can’t settle in your life. So you are forced to choose IT.

Now, When you get a placement in an IT company, parents think that the child is now set. But as a child, only you know what kind of daily struggle you are going through.

You lose your sleeps when you are asked to code a difficult software program. Your sleepless nights are because it’s difficult for you. You are not made to write these codes. This is not your natural intelligence.

You are all the time scared of losing this job because your family now thinks you are set in life. And finally you fall in line and start compromising with whatever comes your way. Though you earn money, yet you feel you are living in a prison. You are not free. You were never free because you never chose your career by yourself. You are far from liberty which  music or sports could have offered you.

There are few kids who want to become engineers. They prepare hard for the JEE exam and get selected in the IITs. With dreams of technology in their eyes they reach the final year of the grad program. Top MNCs visit their colleges and offer them jobs. But there are these finance and banking companies who wash away the tech dream of half of the good students and give them the carrot of huge Dollars and jobs in the USA. These kids compromise immediately and because of pressure of families or social acceptance or finance needs, they accept the offer.

They received a subsidized education from the government to become engineers. They learn the engineering which they dreamt about once. But with just one signature on a document, they join a bank.

The dreams are crashed and banks make millions of dollars by offering them a few extra bucks.

They are not different then the lions of the circus which acts as per the stick of the ring master. The lion is now in a cage.

India has many very progressive parents. They received the best education of their times. Few became doctors, few CAs and others became lawyers. These progressive parents have a lot of respect in the society and have a great influence. They are the new age rulers. We see them all around. They have built their own professional empires.

They want an heir to look after their kingdom. So they push their kids to take over. The society also looks up to them that way. Society wants to see their kingdom to be taken over by their kids.

So, the doctor’s son becomes a doctor. The lawyer’s daughter becomes a lawyer and the CAs office is looked after now by both the daughter and son.

There is no harm in this dynasty. But the problem is, it is many a times not on merit. The son goes to Kazakhstan to take up the medicine graduation. The daughter struggles to complete her LLB because she never liked that profession and wanted to become an architect. The son and daughter both take 7 to 8 years to finally complete the CA. Oh yes, the son is not even a CA but works like one. These kids of the progressive parents are enslaved by their own background. While they make a lot of money and live a life of comfort, but the dream that they once saw remains undelivered to them.

Even if you are fit and you but belong to the middle or lower middle finance family, rarely you can become a pilot.

However the good news is that you can still serve the humanity by joining allied medical professions. Instead of pilot, you can become an aircraft engineer and get the license to park a boing in the hanger.

5. The blue and red beacons

There is a big craze of government jobs in a very large part of India. Many students spend years to clear UPSC exams. But the competition is very tough. 12 lacs compete for 1000 seats. So, you can imagine how many of them have to compromise.

My argument is not about the competition. The issue is many of these students keep their eyes closed when they decide to give 5 to 8 years of their life for UPSC preparation. They don’t see what they are capable of doing best as a career.

The drive of join IAS comes more from the blue and red bacons and less from the instinct to better the lives of people. Well, I am not complaining but, you also will agree with me.

I don’t understand the concept of this UPSC exam. It’s a highly academic exam. People compete with each other by choosing completely different subjects. And when they get selected they do the same job. And the biggest surprise to me is that, the job role and job activity they are supposed to do have no connection with the subjects the students take to appear in UPSE.

The bigger problem with government jobs is they offer reservations to certain sections of the society. These reservations are a good way to bring in equality.

But those who take benefits of these reservations, don’t even think twice before taking up these jobs or education whether these the best suited options for them or no.

They don’t think of anything else which they can be best at , but, choose these careers and education because, reservations give then an easy entry.

But most of you don’t recognize what you are best at. You don’t even bother to see what do you enjoy the most and choose a career under the influence of something which has actually imprisoned you. This something can be money, status, ease of entry, perks, or choices of elders or peers.

You can’t be completely free unless you enjoy what you do in your career. You can’t be liberated unless and until you do what you are best at. The feeling of being worthless or half the worth you deserve and unhappiness keeps haunting you all the time.

That’s the reason I say that the biggest freedom is the freedom to choose your career. 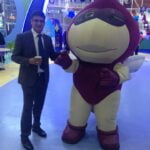 Tushar is an International Certified Career Coach with 25 years of professional Experience. He has lead companies in the Amusement, Consumer Durables, Software in India and overseas. His mission is to guide students and professionals take the best career path and lead a happy and successful life. He is a qualified Electronic Engineer, a Music Lover, a foodie , husband, son and father of 2 kids.